Press Statement by Ünal Çeviköz, CHP Deputy Chair on the Removal of Turkey from the F-35 Project 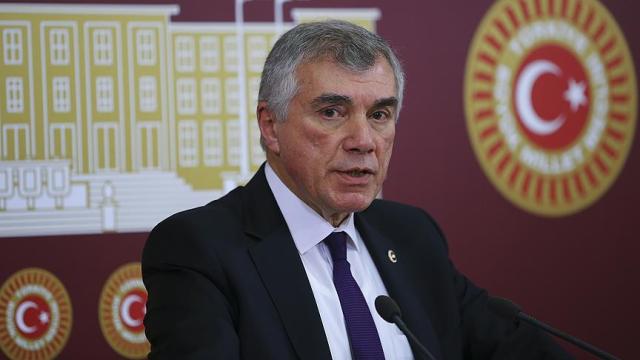 The removal of Turkey from the F-35 fighter jet project on grounds that it acquired the S-400 air defence system from Russia has created a new turning point in Turkish – US relations. All necessary measures must be taken to mitigate the economic and political losses our country will incur as a result of its removal from the F-35 project and it must be ensured that Turkish – US relations are once again positioned on a sound ground of mutual respect.

It is clear that Turkey had difficulty in obtaining Patriot missiles and therefore saw its options deplete. It was possible to solve this growing problem through diplomacy before it turned into a crisis that has today exposed our country to certain sanctions. Sadly, that opportunity has been missed.

The acquisition of the S-400 system has the potential to create unforeseeable costs for our country and our future generations. This preference might harm Turkey’s respectable position in the Euro-Atlantic community. Our exclusion from the F-35 project might exact a heavy toll on our economy, foreign policy, and defence industry. Indeed, it has been announced that our removal from the F-35 project, in which we invested in terms of infrastructure and training and had a 7% share in the supply chain, cost our country 9 billion USD. The fact that NATO officials and allies stated that S-400 would pose risks for NATO systems will also have a negative impact on our country’s position in NATO and on our bilateral relations with NATO member countries. To put it more concretely, a more prudential attitude might be adopted concerning our country in NATO exercises.

The perception that Turkey is diverting from the Western world as a result of S-400 acquisition being cemented in the global public opinion is a negative state of affairs for the future of our country. It has now become vital that we pursue a course of politics that is balanced, moderate, and befitting the capacity of our country to overcome the profound economic crisis we are currently experiencing and our foreign policy entrapment.