Turkey’s banks get some breathing space 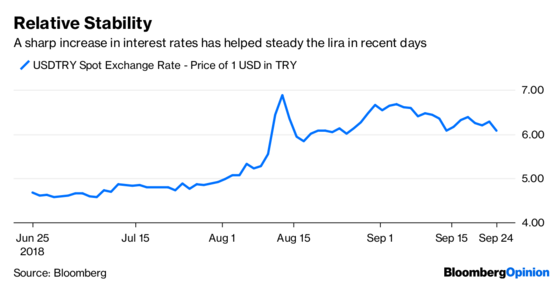 Turkey’s banks are finally catching a break as the country’s tumultuous currency crisis ebbs. But the peace may not last for long.

The additional yield, or spread, investors demand to own debt issued by Turkish lenders instead of the comparable government bond has fallen sharply from August’s record level.

Investors’ worst fears of an economic implosion that would lead to a painful bailout by the International Monetary Fund — or a bail-in of banks’ subordinated bonds — appear to be ebbing. President Recep Tayyip Erdogan has so far eschewed direct outside aid and, on Tuesday, Finance Minister Berat Albayrak reinforced the message that the government is ready to provide support, if needed.