After 16 Years in Power, Erdogan Shows Signs of Fatigue 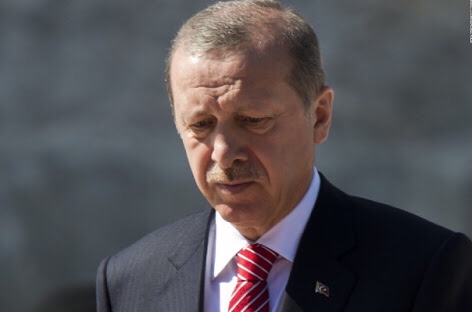 Late last year, a number of mayors from ruling Justice and Development Party (AKP) found themselves axed by President Recep Tayyip Erdogan in a massive intra-party reshuffle. To justify his move to place elected mayors of metropolitan cities on the choking bloc, Erdogan argued that ‘metal fatigue’ plagued the party spirit and some AKP-led municipalities. The replacement of mayors will again reinvigorate the party, he said in response to opposition from within the party.

That same Erdogan now shows unmistakable signs of fatigue these days during his presidential campaign. He seems to have lost his energetic appeal, his fervor and passion once he astutely displayed in campaign trails. TV ratings show that Erdogan’s election speeches no longer attract the audience.

Apart from the poor figures, President Erdogan physically and mentally appears exhausted, often making mistakes during his speeches, losing the line of his talk and slip of tongue errors at unlucky moments.

The CHP was founded on 9 September 1923, about one and half month before the proclamation of the Republic of Turkey. The first President of modern Turkey’s oldest party was M. Kemal Atatürk. Today CHP is a social-democratic party, member of the Socialist International and associate member of the Socialist Group at the European Parliament. The scope of the CHP bureau in Brussels is not limited to the bilateral framework of Turkey's EU accession process. Issues such as the information society, energy policies, social development, climate change, international trade and security are among the different focus areas. The EU-Turkey relations are about integration and need multiple, plural and horizontal channels of communication. The CHP supports and promotes Turkey's EU membership process also by being more present and active in Brussels The CHP's Representative to the EU is Ms Kader Sevinç who previously worked as an MEP advisor at the European Parliament and in the private sector.
View all posts by CHP EU Representation →
This entry was posted in Feedblitz, TurkeyDigest and tagged Turkish Digest. Bookmark the permalink.