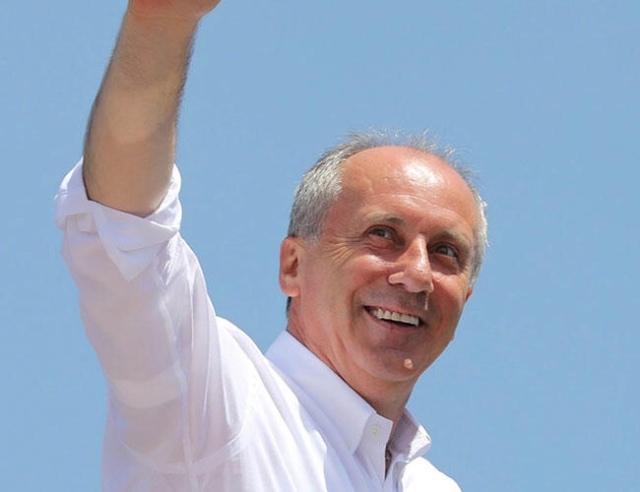 Main opposition CHP presidential candidate Muharrem İnce vows that Turkey will become a “state of law” if he is elected president in the June 24 election.

“First of all, we will maintain the rule of law. We will then ensure the independence of the Central Bank. Thirdly, we will give a big importance to a merit-based system in bureaucracy,” he said, speaking at a rally in the southeastern province of Şanlıurfa.

He also reiterated his earlier promise that under his rule, the state of emergency that was introduced in the wake of the botched putsch in 2016, would be lifted.

“The state will tighten the belt, not the country’s citizens,” he said, adding that the presidential complex, which is currently under construction in the popular resort Marmaris, will be allocated to disabled people as vacation facilities.

İnce claimed the country’s wealthy people are transferring their assets abroad because they are uncertain about their future.

The CHP was founded on 9 September 1923, about one and half month before the proclamation of the Republic of Turkey. The first President of modern Turkey’s oldest party was M. Kemal Atatürk. Today CHP is a social-democratic party, member of the Socialist International and associate member of the Socialist Group at the European Parliament. The scope of the CHP bureau in Brussels is not limited to the bilateral framework of Turkey's EU accession process. Issues such as the information society, energy policies, social development, climate change, international trade and security are among the different focus areas. The EU-Turkey relations are about integration and need multiple, plural and horizontal channels of communication. The CHP supports and promotes Turkey's EU membership process also by being more present and active in Brussels The CHP's Representative to the EU is Ms Kader Sevinç who previously worked as an MEP advisor at the European Parliament and in the private sector.
View all posts by CHP EU Representation →
This entry was posted in chp, HDN and tagged Hurriyet Daily News, IFTTT. Bookmark the permalink.