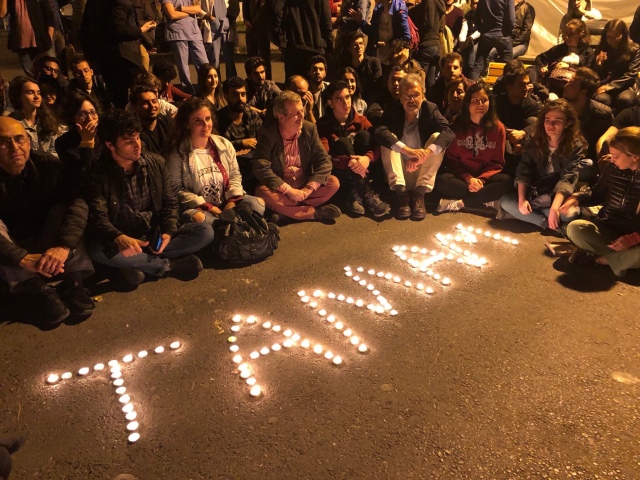 More than one million Turks piled onto social media to call time on President Tayyip Erdogan on Tuesday, making the word “Tamam” (“Enough”) a trending topic worldwide after he promised to step down if the people wanted it.

Soon after the speech, the #Tamam hashtag swept across Turkish-language Twitter, then became a global trending topic.

“Time is up. Enough!” tweeted and joined the online campaign Muharrem Ince, the candidate of the main opposition CHP.

Social media has become the primary platform for opposition against the government in Turkey, where traditional media is saturated with coverage of Erdogan and his ministers. Erdogan’s speeches, usually two or three a day, are all broadcast live on major channels, while opposition parties get little to no coverage.

The CHP was founded on 9 September 1923, about one and half month before the proclamation of the Republic of Turkey. The first President of modern Turkey’s oldest party was M. Kemal Atatürk. Today CHP is a social-democratic party, member of the Socialist International and associate member of the Socialist Group at the European Parliament. The scope of the CHP bureau in Brussels is not limited to the bilateral framework of Turkey's EU accession process. Issues such as the information society, energy policies, social development, climate change, international trade and security are among the different focus areas. The EU-Turkey relations are about integration and need multiple, plural and horizontal channels of communication. The CHP supports and promotes Turkey's EU membership process also by being more present and active in Brussels The CHP's Representative to the EU is Ms Kader Sevinç who previously worked as an MEP advisor at the European Parliament and in the private sector.
View all posts by CHP EU Representation →
This entry was posted in Feedblitz, TurkeyDigest and tagged Turkish Digest. Bookmark the permalink.