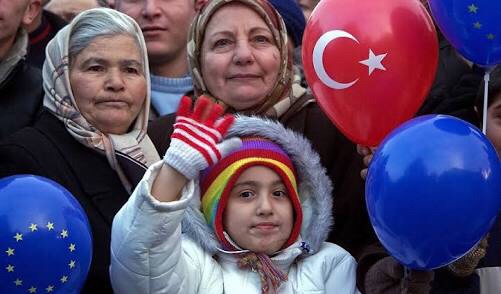 Turkey still aims to join the EU, its authoritarian leader has said, in an election campaign marred by censorship and judicial attacks on opponents.

His speech comes amid EU concerns that the upcoming election, on 24 June, will move Turkey further away from the democratic norms at the heart of EU entry criteria by altering the country’s constitution and concentrating too much power in his presidential office.

Those norms have already come under attack in Erdogan’s purge after a failed coup in 2016, which saw him jail over 150,000 people, including 192 journalists, and which saw the EU freeze membership talks in response.

The election campaign, which is taking place under an ongoing state of emergency, has highlighted the same problems despite Erdogan’s pro-EU rhetoric.

The CHP was founded on 9 September 1923, about one and half month before the proclamation of the Republic of Turkey. The first President of modern Turkey’s oldest party was M. Kemal Atatürk. Today CHP is a social-democratic party, member of the Socialist International and associate member of the Socialist Group at the European Parliament. The scope of the CHP bureau in Brussels is not limited to the bilateral framework of Turkey's EU accession process. Issues such as the information society, energy policies, social development, climate change, international trade and security are among the different focus areas. The EU-Turkey relations are about integration and need multiple, plural and horizontal channels of communication. The CHP supports and promotes Turkey's EU membership process also by being more present and active in Brussels The CHP's Representative to the EU is Ms Kader Sevinç who previously worked as an MEP advisor at the European Parliament and in the private sector.
View all posts by CHP EU Representation →
This entry was posted in Uncategorized and tagged EUObserver, News from EUobserver. Bookmark the permalink.