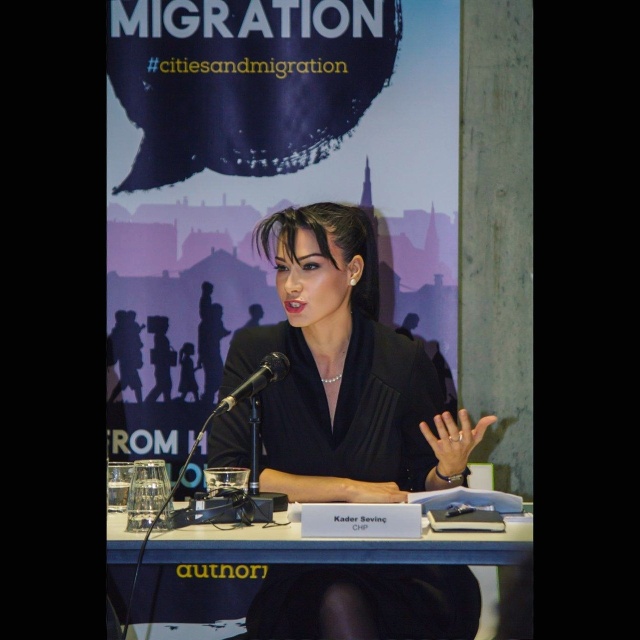 The city, known for its diverse population from many countries and cultures, is home to various exemplary youth initiatives that offer social services, cultural programs or sport activities in their respective communities. With a big migrant population and so many vibrant youth initiatives, Friday’s panel on “Youth Migration: Why the Silence” side event held during the UN Global Conference on Cities and Migration could not have wished for a better setting.

The panel discussed the social and economic risks and opportunities of young migrants and ways on how to improve the social capital and economic integration of youth. Youth in audience had a good chance to listen and learn from best practices and experiences of the distinguished panelists in a discussion guided by Sharmaarke Abdullahi, Programme Management Officer at UN-Habitat’s Youth Unit and Livelihood Unit.

Kader Sevinç, Turkish CHP‘s Representative to the European Union and the European Socialists and Democrat’s presidency was among the speakers and underscored the need for richer countries to step up their support for the millions of migrants that are living under severe conditions in many developing countries. “Especially Europe should do more to support the three million migrants in Turkey and the refugees suffering in Libyan camps,” said Kader Sevinç. She called for a more active debate in the European public about the responsibility Europeans have to support people in need. She emphasized the need for more local and national government to reject the anti-migration populism that has led to a severe restriction of refugee’s opportunities to find support in Europe and for non-Western migrants to integrate in European societies.