CHP to apply for cancellation of judiciary bill

The main opposition Republican People’s Party (CHP) has said it plans to “swiftly” appeal to the Constitutional Court for the annulment of a controversial draft judiciary bill once it is approved by parliament.

“We, as the Republican People’s Party, continue to take steps to resolve new problems that surfaced over the past week. We will swiftly resort to the Constitutional Court over the new arrangements regarding the judiciary,” CHP spokesperson Selin Sayek Böke said at a June 22 press conference while a Central Executive Board (MYK) meeting chaired by party leader Kemal Kılıçdaroğlu was ongoing.

In her remarks, Böke argued the ruling Justice and Development Party (AKP) was attempting to create new “pressure areas” through its recent interventions on the judiciary, as a widely-criticized draft bill would give President Recep Tayyip Erdoğan extensive powers to appoint high court members.

The bill was also perceived as an attempt to purge suspected members of the so-called “Fethullahist Terrorist Organization (FETÖ),” which refers to the followers of Fethullah Gülen, a Turkish Islamic scholar based in the United States who is accused of plotting a coup against the AKP.

When asked about the Peoples’ Democratic Party’s (HDP) decision to refuse a call from prosecutors to give their testimonies in the first case since scores of lawmakers were stripped of their immunities in an AKP-led move, Böke said the CHP was “afraid of nothing.”

“Speaking for ourselves, we are not afraid of anything. If we are called to court, we will take every necessary step to ensure that those courts evolve into trials where the AKP is being tried,” she responded. 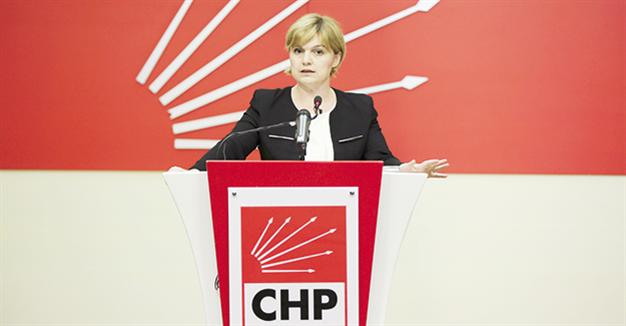