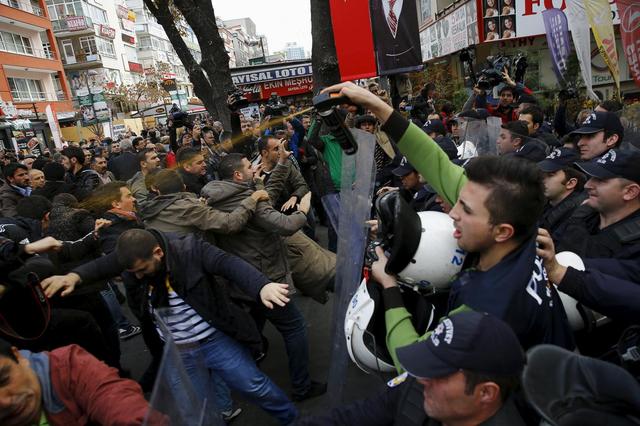 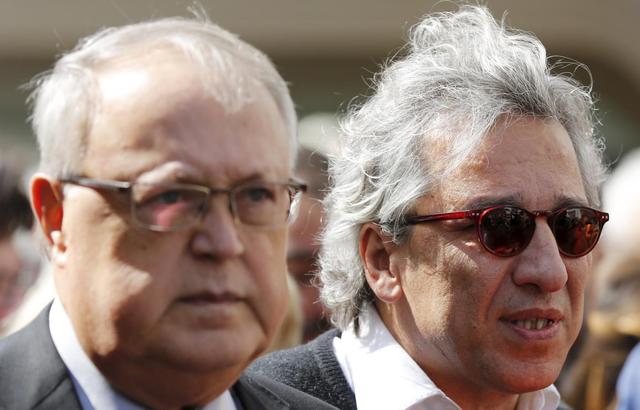 Can Dundar, editor-in-chief of the Cumhuriyet newspape…
REUTERS/MURAD SEZER

Two Turkish journalists arrested this week over their reports about arms supplies to Syria urged the European Union not to compromise on human rights and freedoms as it seeks an agreement with Turkey to help stem flows of migrants to Europe.

European diplomats have been measured in their criticism of media freedom in Turkey and President Tayyip Erdogan’s increasingly authoritarian rule, recognizing the West needs Ankara’s help on the migrant crisis and as an ally in the U.S.-led coalition against Islamic State.

Writing from Silivri prison near Istanbul, Can Dundar, editor-in-chief of Cumhuriyet newspaper, which is left-wing, secular and often critical of the government, and senior editor Erdem Gul said in a letter to EU leaders they hope Sunday’s meeting results in a lasting solution, adding:

“We would also like to hope that your desire to end the crisis will not stand in the way of your sensitivity towards human rights, freedom of press and expression as fundamental values of the Western world.”

The two also wrote to German Chancellor Angela Merkel, a spokesman for the German government confirmed.

A court on Thursday ordered the arrest of the two journalists over the publication of footage purporting to show the state intelligence agency helping send weapons to Syria.

The U.S. embassy criticized the arrests and the Council of Europe’s human rights commissioner Nils Muiznieks described them as “another blow to media freedom in Turkey”.

Full English text of the letter:

“To the leaders of the European Union,

We as journalists who believe that Turkey is part of the European family and should be a full member of the Union, write you this letter from Silivri Prison.

Freedom of thought and expression are the indispensable values of our civilization.
We have been arrested and held in custody pending our trial for exercising these freedoms and defending the public’s right for information.

The Prime Minister of Turkey, whom you will meet this weekend, and the regime he represents are well known for policies and practices that have flouted human rights and freedom of the press.

Your governments are negotiating with Ankara in connection with the refugee crisis, a crisis that has concerned and touched all our hearts.

We sincerely hope that the meeting produces a lasting solution to this problem.

We would also hope that your desire to end the crisis will not stand in the way of your sensitivity towards human rights, freedom of press and expression as fundamental values of the Western world.

We would respectfully remind you that our common values can only be protected by a common stance and solidarity, and this solidarity is now both more vital and urgent than ever.

On behalf of imprisoned journalists
Can Dündar and Erdem Gül”