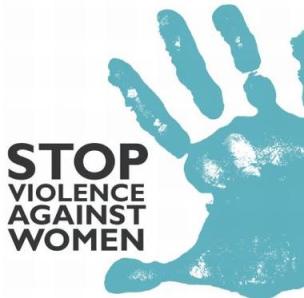 Led by Istanbul deputy Mahmut Tanal, the CHP deputies presented their proposal to the Parliament Speaker’s Office on April 19, for inquiry into cases of sexual abuse, rape and killings targeting women, which have reportedly increased by 1,400 percent between 2002 and 2009.

According to a study by civil society organizations covering a period through 2008 and 2011; 88 percent of the victimized women were killed by men they were familiar with, while 75 percent who demanded protection were only taken note of on paper, with no subsequent action. Around half of the women who were assumed to have committed suicide were actually killed, with relatives of the victims informing those who conducted the study about cover ups of the murders.

A common trait linking many of the recently committed murders of women is that they had either recently divorced or broken up with their partners.

The CHP argued that Turkey had the highest level of violence against women in members of the Organization for Economic Cooperation and Development (OECD) and the European Union.

“Turkish women have gone through a serious regression period in the past 11 years. There is increasing gender discrimination. All national and international data and reports document this reality. Turkey ranked 8th from bottom in the United Nations Development Program’s [UNDP] Gender Empowerment Measure report in 2009, and has declined 37 places for the last nine years. According to the World Economic Forum’s [WEF] 2010 Global Gender Gap Report, Turkey is again 8th from bottom among 134 countries. During the AKP’s [Justice and Development Party] rule, this has shown a continuous decline,” the CHP’s proposal also stated.

In its 2012 progress report for Turkey that was adopted on April 18, the European Parliament hailed Turkey’s efforts to fight “honor killings,” domestic violence and the existence of forced marriages and child brides, but expressed concern that violence against women was still prevalent.  Hurriyet Daily News