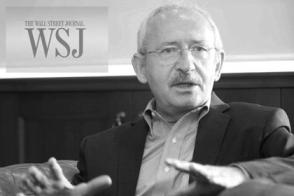 The Turkish Parliament’s Oct. 4 vote authorizing the use of troops against Bashar Assad’s regime has pushed the tension between the two nervous neighbors to a new threshold. Most Turks agree that Assad has no place in the future of Syria. What they want is a peaceful transition based on Syrians’ free will and via international dialogue and political support.

The hard-power path the Turkish government appears to be taking, however, could lead instead to a disastrous escalation of violence.

Syria is now in a state of all-out civil war, with the death toll reaching more than 30,000 and tens of thousands of refugees fleeing the country each day. Turkey serves as a secure haven for those who are desperately in need of aid, and my Republican People’s Party (CHP) supports the government’s humanitarian measures. But we oppose using the refugee issue as a pretense for meddling in Syrian affairs.

To bring peace to Syria, the international community must ensure that all legitimate factions in Syria have an effective voice in determining their country’s future. What we have instead is a bloody stalemate in which different international players are arming factions of their choice.

For its own defense, Turkey had to respond to the deaths of its citizens, and it has done so by returning fire across the border under the new rules of military engagement. But Parliament’s authorization of war is risky and unwarranted. The vote demonstrates the apparent preference of the ruling Justice and Development Party (AKP) for becoming an actor in the conflict instead of a party to its resolution—even though polls, such as a recent survey by the German Marshall Fund, have found that a majority of Turks are opposed to the AKP’s aggressive stance on Syria.

The CHP voted against the AKP plan for four reasons:

• Given the complex religious and ethnic divides of the conflict, we believe diplomacy is the only way to achieve peace in Syria. The removal of Assad cannot be the end goal; rather, the ultimate objective must be the establishment of a legitimate, democratic and secular regime to replace him. This will not be possible without negotiations that involve all parties. Injecting troops onto an already chaotic battlefield will only increase the bloodshed.

• Opposing military intervention by Turkey is far from a vote in favor of the brutal oppression of Assad. Rather, it is rejection of the legitimacy, the rationale and the wisdom of further intrusion in Syrian affairs. A unilateral decision in favor of war would reframe the Syrian crisis as a conflict between just two countries. Turkey cannot afford to bear this burden alone.

• The threat of troop deployment is unlikely to be an effective deterrent. Turkish officials have already stated that Turkey has no intention of going to war with Syria. In that light the Oct. 4 vote does not look serious and could therefore embolden the Assad regime. On the other hand, if Turkey does intervene, it could drag in other neighbors and world powers. This could inflame tensions with the Kurds, who live on both sides of the border.

• Turks simply do not want this battle—their longstanding ties with Syrians remain strong, and border skirmishes are not a good enough reason to launch a full-scale war.

As the leader of Turkey’s main opposition party, I presented in August a comprehensive plan under which all sides of the conflict would be joined at the negotiating table by the permanent members of the U.N. Security Council, the Arab League, the EU and Iran. But the AKP promptly dismissed the plan and continued to support opposition fighters, deepening the chaos.

Turkey’s long tradition of secular and open governance, and its relationship with the Syrian people, make it a pre-eminent actor in forging a diplomatic solution for Syria. Bringing more force into an already bloody situation is unlikely to do anything other than continue to tear apart a country already victimized by its dictator. What we need in our region is not another war, but peace.

Mr. Kilicdaroglu is the leader of Turkey’s CHP.