Arab Revolution: Should we still call it “spring” ? 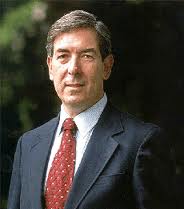 The Arab revolution has a long way to go before settling itself and establishing a calm and stable climate conducive to democracy in the region. Some Western circles envision the creation of a moderately Islamic and relatively democratic Sunnite “belt” in the Middle East. This approach rests on the assumption that “moderate Islam” is the antidote of “radical Islam”, which does not match oriental realities. The AKP government in Turkey is aware of the fact that “moderate Islam” is an inaccurate concept. However, it pays lip service to the advocates of this idea and aspires to the leadership of a Sunnite belt. The real antidote against radicalism is for the international community to support the aspirations of the Arab peoples, rather than attempting to exploit the current political climate.

Download the article >> ARAB REVOLUTION: SHOULD WE STILL CALL IT “SPRING”?

Osman Korutürk is a Member of Parliament representing İstanbul from the CHP since 2011. Previously, he was Turkey’s Ambassador to France, Germany, and Norway, as well as acting as Special Representative to Iraq during the Iraq War.