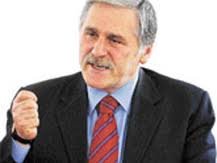 A bill currently being debated in the parliament plans to end free labor movement in Turkey by imposing several layers of restrictions on the right of association and organization on the work floor.  According to experts, if the law passes as is, it will decertify more than half the existing unions, including the only remaining independent labor union, left-wing DISK.  Former union head and CHP Istanbul MP Suleyman Çelebi co-authored a report detailing the Bill’s shortcomings and the disastrous impact it will have on the labor movement:

Especially after Ministry of Labour’s starting to use data of Social Security Institution in 2009, affect of this case to trade unions appeared more clearly. Many trade unions couldn’t overcome sectoral thresholds. Therefore publication of sectoral statistics was halted.

Because of % 10 sectoral threshold as an output of September 12 law, 52 trade unions which are members of confederations like TÜRK-İŞ, DİSK, HAK-İŞ, were exceeding threshold, today almost all of trade unions except 18 of them are faced with being unauthorized risk by new arrangement.

Therefore solution suggestions create more complicated situation instead of dissolving problem. The main reason of this is decreasing number of sectors to 3 % by an arrangement as Merge of Sectors (it was decreased from 28 to 18 and then it was increased to 21 in subcommittee) without a scientific justification. This threshold actually means bringing 20 % threshold to some sectors according to old system.

Evaluation and Comments About Draft of Collective Labour Relations Law